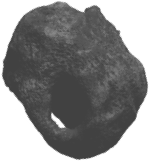 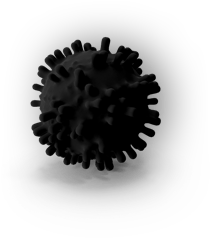 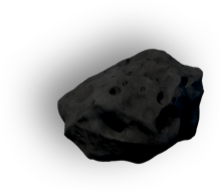 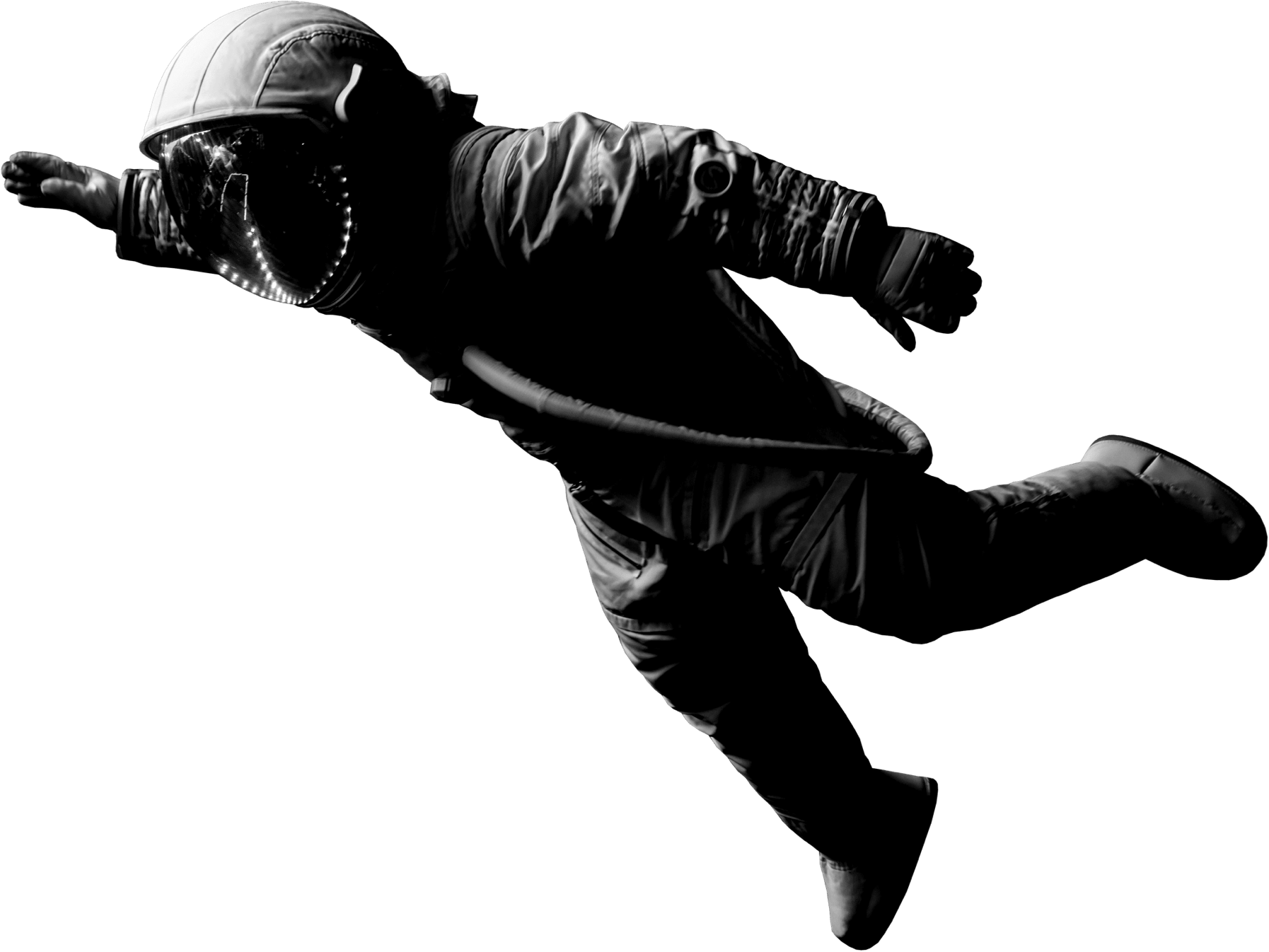 We're an award-winning creative agency for the life sciences industry, and together, we can captivate and inspire.

We design user-friendly and mobile-friendly websites with clear user pathways, calls to action, and SEO best practices in mind. Your website will be beautiful, purposeful, and fine-tuned to connect with the audience you want to reach.

Decks are the bread and butter of any life science company. These corporate presentations should clearly define your research and your goals. Oh, and they should look good too.

Building a successful brand takes consistency. Your brand should be the visual result of a detailed mission to reveal your company’s true identity across all digital platforms.

Orrbitt creates bold and modern graphics that help visualize your scientific story. Our custom graphics are 100% proprietary and uniquely blend your platform with your brand.

We work to understand the essence of your company as well as the competitive landscape, and generate a list of names to narrow in on.

Corporate website and investor deck updates, IR website designs, bell-ringing videos, and annual report designs are a few of the ways Orrbitt can prepare you for IPO.

After launch, your website will need regular attention for hosting, updates, security, and optimization in order to continue running at peak performance. The Orrbitt Maintenance Plan covers what you will need to run your website effectively.

Meteorr is an intuitive online marketplace that saves a ton of time, money and effort on creative projects for life science companies.
01
02
03
04
05
06
07
08

Clients benefit from our data-driven approach

Creative decisions are much more than an opinion. We maximize investor appeal with research-based creativity.
View Portfolio

Rachel is a graphic designer and illustrator based in beautiful Asheville, North Carolina. Rachel grew up in South Carolina and had the opportunity to follow her passions for art and creating early on. She graduated with a Bachelor of Fine Arts in Visual Communication from Winthrop University in Rock Hill, SC. Since graduating, she has worked in a variety of mediums ranging from high fidelity print products, social media graphics, presentations, sizzle videos, logo and identity, and even some TikTok hashtag emojis. Rachel has done design work for established companies such as ThermoFisher, Comcast, and CVS Health, but her passion is helping to shape a brand’s look and feel from the ground up.

When she isn’t designing, you can find Rachel making music, spending time outside in the Appalachians with her partner and friends, and writing poetry.

Sarah Bozaan has over 10 years of client-facing creative project management, marketing, and branding experience. She is passionate about quality design and loves working with her team members to create an elevated client experience and deliver exceptional work.

Sarah currently resides in Iowa, and spends her free time working on art and activism. She has two teenagers, who keep her relatively cool and up on all the trends.

John contributes a one-of-a-kind level of expertise and creativity to Orrbitt Creative Group. His experience working for several architectural firms, design studios, and pharma companies gives him a wide range of knowledge and a unique perspective while leading the way. Throughout his career, John has focused on taking an idea and crafting it into visual communication of all forms. He has developed and supervised award-winning work for industry-leading companies and small businesses alike.

Ashley Alvarez serves as a scientific advisor with more than 7 years of teaching experience in biochemistry and biotechnology. Her early research centered on characterization of a novel class of enhanced ethylene response (eer) regulators and their synergy with another well-known phytohormone, auxin. Dr. Alvarez also investigated two chemical compounds that opposed auxin responses, and subsequently blocked aspects of ethylene response, further supporting interdependent interactions. Most recently, her research involved the study of agravitropic Arabidopsis seedlings and the role of the vacuole in gravisensing. The project was funded by NASA with a specific aim to better understand the mechanisms of gravity perception in young seedlings on earth. There is potential to couple the discoveries of gravitropic signaling with known chemical inhibitors of gravitropism and vacuole trafficking in order to modulate plant growth conditions in microgravity.

Dr. Alvarez completed her post-doctoral research in the field of Plant and Microbial Biology at North Carolina State University, and earned her Ph.D. in Biochemistry and Molecular Biology from the University of California, Riverside.

Nick Pagano is a web & graphic designer, born in New Jersey, but mainly raised just outside of Houston, Texas. He’s had a passion for design since he was young. His first works were fan sites and graphics for his favorite bands. (Geocities and Microsoft Paint were the tools of the trade!) That passion never faded, and for the last 13 years, Nick has created beautiful, usable design solutions for a wide variety of industries and companies, from small businesses to Fortune 500 companies, in 11 countries. His work has been seen in Photoshop Magazine, Photoshop Creative Magazine, and Digital Arts Magazine.

Brian is a front-end developer originally from Florida and currently residing in Oklahoma. He grew up glued to a computer and embraced the Internet early on, creating fan sites for his favorite TV shows and sports teams.

Bridging the gap between design and development, Brian focused exclusively on design through the end of college and then switched to development. Brian is well-versed in modern web development and enjoys exploring new frameworks and methodologies. Brian has worked for many different influencers in an eclectic number of fields and strives to provide a pixel perfect experience every time.

Kelsey is a passionate designer who hails from small-town Pennsylvania. After graduating from Mercyhurst University with a Bachelor of Arts in Graphic Design she packed her bags and drove cross country to Los Angeles, California. Before joining Orrbitt, she worked with Moon Tide Media as the Sr. Designer of Branding and Digital Design. Kelsey also spent some time working as a key art designer with companies like HBO, FX, A&E, Pepsi and Disney.

When she is not designing you can find her running/hiking through the mountains, watching The Office over and over again with her golden retriever or snowboarding!

Jason’s 15+ years of design and creative direction lifted off at an acclaimed ad agency with clients including John Deere, Sherwin-Williams, Nestlé, HSBC Bank, and Goodyear.

Stage two ignition then launched him in-house as the Creative Director for an American toy manufacturer, coincidently named STEP2, competing with toy giant Little Tikes. He mastered the Elmo voice during photoshoots with 3-year-old kids.

An affinity for alliteration and antsy for an agency encore, a trajectory thrust nudged him to a startup niche agency in the mining industry. As the Visual Design Director, he showed Earth blasters, rock crushers, aggregate movers, hole augers, shale frackers, oil drillers, and gas line layers how to dust off their brands in a cliquey B2B domain. It’s a good thing we have reusable rockets now in case they collectively ruin our precious Pale Blue Dot.

Saus, as many call him, reached payload separation as an early-adopter crypto zealot and spent much of the pandemic building digital products and experiences around a relatively new dual-token cryptocurrency. But this isn’t financial advice. Nor will he arbitrarily explain Bitcoin – unless asked. Then he’ll totally tell you. HODL.

The Elmo voice still comes in handy with his two-tongued talking toddler Stella and beefy bellied baby boy Roman. And he dearly misses live concerts, uninterrupted nights of sleep, and finishing a single episode of TV with his wife Lynsey without dozing off 13 minutes into the show.

Michelle is a web developer from New Hampshire and currently residing in Philadelphia, Pennsylvania. After about a decade of working as a classical pianist and a teacher, including receiving a Master’s degree in performance, Michelle made a career change into development.

Now, Michelle is well-versed in several coding languages and development frameworks, though they’re always on the lookout for new and creative ways to build responsive and accessible websites. Outside of web development work, Michelle might be found playing piano, backpacking in the mountains, or drawing.

Isabel’s literary and creative background has led her to many fruitful opportunities in the professional world. Along her career journey, she has discovered a passion for driving organizational goals as a project manager. With many skills learned along the way, she is happy to have landed in management positions that require leadership skills and critical thinking. After graduating with an MFA in Literary Arts from Brown University, she served as creative writing instructor in higher education, and worked on a poetry manuscript that was published in 2021. Originally from New Orleans, and with roots in Northern Brazil, she lived in the Bay Area for a few years before settling in Philadelphia. In her free time, she enjoys focused activities like playing in a local chess club, swimming, and having an inconsistent meditation practice.

Bhavna Dadlani serves as a scientific advisor with teaching experience in a top-ranking medical school in the Philippines. Moreover, Dr. Dadlani has experience in medical communications, building scientific content for marketing collateral used by pharmaceutical, biotechnology and medical devices clients. Since her early years, Bhavna has had a passion for the sciences. She pursued this passion and obtained her medical training and physician license in the Philippines. Bhavna holds a dual degree of Doctor of Medicine, and Master in Business Administration from the Ateneo School of Medicine and Public Health, Philippines. In her free time, Bhavna is usually in the yoga studio/gym, watching The Office with her husband, cooking up a feast in the kitchen or exploring her new hometown, Miami

Your IPO Journey & Beyond

All eyes on you? Corporate website and investor deck updates, IR website designs, bell-ringing videos, and annual report designs are a few of the ways Orrbitt can prepare you for IPO.
Contact us to talk about how we can help with your IPO.

DESIGN. At the Speed of Biotech
Meteorr is an intuitive online marketplace that saves a ton of time, money and effort on creative projects for life science companies.
In 4 Simple Steps
you can select your favorite website, customize the designs, and get started! Also, choose optional add-ons to transform your unique brand!
Everything in our first-of-it’s-kind shop is custom designed by Orrbitt Creative Group and tailored for the Biotech & Pharma Industries.